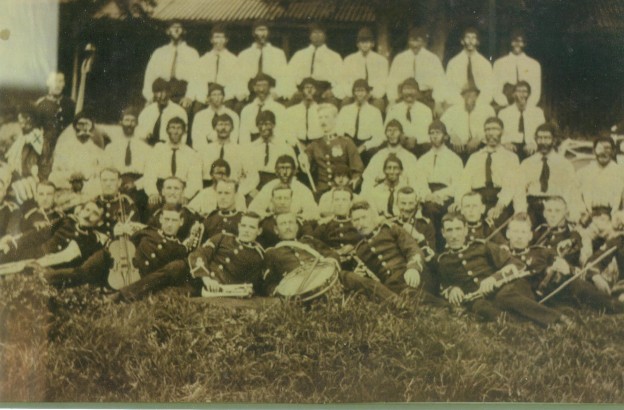 Mr C B Rollins Royal Warwickshire Regiment. … ( photograph on right given to me by Mr C B  Rollins son of S Rollins.) Thomas in centre with drum, S Rollins far left in white shirt he has been identified with a cross on his shoulder. No date for this photo given. Apparently they called the band’s conductor ‘the Blue Flash’. The Royal School of Military music could not give me any information on the Warwickshire Band. In 1994 I visited Mt Cyril Rollins.

Bullets and Billets, by Bruce Bairnsfather

Many thanks to these 2  recent articles on my research on the real Old Bill.:—-